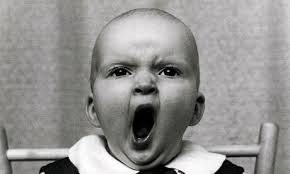 While attending the PODC conference in Paris, I had an interesting phone conversation with M., a long-time dear friend of mine (Though she will probably never read these lines, I prefer sticking to the initial of her name, just in case...). I report the content of that conversation, because it is a typical example of the misconceptions about our work.

The first notation she made was that she was working (though she wished me well and suggested me to enjoy la vie parisienne). I countered that I was working as well, but she didn't buy it and kept using the term "work" between quotes when referring to me. I tried to explain that our work is not strictly related to the office's walls, that we may work at any time of the day (or night), that our work is composed of many facets, etc. No way. Despite several surveys (see, e.g., the post that summarizes that conducted at Boise State University in Idaho) showing how professors' time is consumed among a host of activities (of which class preparation is just one item), the popular misconception persists that we are busy just when giving classes. Hence, any activity we conduct outside the university walls is just leisure.

In addition, when I gave her details about what I was doing in Paris (i.e., all the activities related to a conference, such as giving a talk, listening to the talk of others, tying relationships, having meetings to advance research activities or to carry out organizational work), she said "Oh, it's so boring..." (well, she used a stronger expression in Italian, but, you know, English is softer). And that led me to think how we classify stuff differently from laymen (or laywomen, in this case).

We consider a talk as boring when either of these conditions are met:

What do most non-academic people classify as boring? What is not showy and funny? I guess that most people identify any work-related issue as boring. Well, we (and some other category as well) are quite lucky in this respect. We chose the profession we undertook (that's not the case for most people, while we are in good company with writers, artists, judges, and so on) and (since money's too tight to mention) we chose it because we liked it. So, we can live well with that misconception that the stuff we do is boring (even if in Paris)...