Is the number of LinkedIn connections a measure of professional success? 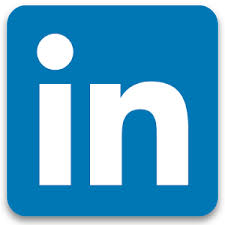 A few days ago, Antonio, an old acquaintance of mine, sent me an e-mail message, proudly warning me that his daughter, a graduate student of Economics in her mid-twenties, was surpassing my number of LinkedIn connections (which, btw, is a mid-range 251). "So what?" is what I thought first: in my own circle there are several people boasting more than 500 connections. But it was clear from the tone of his message that he attached a special kudos to that achievement. Well, that number can become pretty high if you make a habit of asking everyone you happen to meet to connect with you. And I am continually rejecting connection requests by people I don't know at all (sometimes I have to reject connections even from people I do know: it may be the case for people I do not want to be associated with, or students, for which I follow the policy of gladly accepting their connection just after they have graduated and are no longer my students). However, there are even companies offering LinkedIn connections for sale (see the Prestige Online Marketing website), a practice that I frankly disapprove as it completely betrays the spirit of LinkedIn and borders on spamming. On the other hand, LinkedIn reports a number of other information that actually provide indications on your professional success (e.g., your professional experience history, your honors and awards, the professional societies you belong to, your publications, etc.). I understand that the feeling of Antonio is linked to what happens on Facebook and other social networks: you want to have as many connections as possible (but how many of your connections are really your friends? how many can you really count on, or influence, or share something with)? This builds up to an addiction I often refer to as the sticker album syndrome: you collect connections the same way you would collect stickers. The fallacy common to many people (and Antonio alike) is well known to every professor teaching Social Network Analysis (and, I hope, to my students as well). The number of connections of an individual (an actor in the social network analysis lingo) within a social network is the degree of the node associated to that individual in the graph representing the social network. The degree of a node is a measure of its centrality, i.e., of how much the actor represented by that node is visibile or involved in the social network. But centrality should not be confused with power: more than thirty years ago, Cook et alii have shown that centrality does not equal power. In an example I often propose to my students, the doorman at a company's headquarters may know every employee entering that building, even the CEO, but can hardly be considered as the most powerful and influential actor in that social network. Hence, please stop collecting stickers and, rather, build on your skills and develop meaningful, rather than many, and long-lasting connections.

This entry was posted in Social networks. Bookmark the permalink.