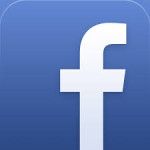 The third quarter results of Facebook in 2013 are out (see the press release).  The good news (for Facebook) are the increase of both advertising revenues ($1.80 billion, a 66% increase from the same quarter last year) and users (+25% year-over-year for daily active users, and +18% year-over-year for monthly active users). On the other hand, costs soared as well (though less steeply than revenues), reaching  $1.28 billion in the quarter, up by 45% from the third quarter of 2012.  But what is more worrying is that the ARPU (the average revenue per user) inverted its trend and showed a minus sign. The inversion was not small: in the US and Canada (where the ARPU has traditionally been higher than in Europe), it went down to 3.50$ from 4.08$ of the last quarter (-14.2%). The worldwide figure (computed using the number of daily active users as a basis) was an even lower 2.19$ (in the quarter, which can be scaled to the whole year as 8.76$), as can be estimated from the figures reported here. As is well known, a lowering ARPU is expected when there is an expansion obtained by increasing the user base, since this is achieved by grabbing the most reluctant (and low spending) customers. In the case of Facebook, this reason (expansion into developing markets) is also accompanied by a switch from desktop to mobile, which allows a lower exposure of customers to advertising. But the real problem is that the absolute figures are really low. We cannot think of comparing them with those of telecom companies (where the ARPU lies in the order of tens of dollars), but it appears nevertheless that Facebook is not capitalizing enough on its user base. And that it must find a way to revert to an upward trend for its ARPU….

This entry was posted in Information economics and tagged arpu, Facebook. Bookmark the permalink.