The evolution of Internet traffic 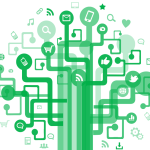 The Canadian company Sandvine releases a very welcome report on the evolution of Internet traffic twice a year. Sandvine is a market leader in network policy control. Though its company mission certainly gives it a vantage point as an observer of Internet phenomena, the data collection details are not disclosed. Its series of reports, named Global Internet Phenomena Reports, provides a host of data on fixed, mobile and converged data networks around the world, as well as their own analysis of trends. Their latest edition, the Global Internet Phenomena Report of 2H 2013, is available for a fee, but the report concerning the first half of 2013 is available for free here and well worth reading. Among the most notable trends reported in the 2H 2013 edition you find: