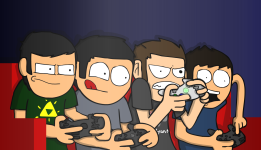 Last week, I was assembling some material for my class in the "Techno-economic analysis of ICT projects" course. I wanted to give my students some real world figures on profit margins in the ICT field. As an appetizer for youngsters more and more attracted by entertainment apps, I decided to  give a look at the market of videogame consoles. Well, though the phenomenon is not new, I was surprised by what I found out after a short search on the Internet… I collected a few figures on costs and retail prices. Though information on costs are typically quite private to companies, a few research firms provide such infos (for example, the commendable IHS, which is the main source for what I'm reporting here). Their cost estimation process is a rather straightforward one: they pick the console, disassemble it, find costs of individual pieces, and then sum up to get the total cost. Of course, costs of individual pieces may be different from those factored in by the estimating guys, since companies producing for the mass market may obtain significant volume discounts, but the estimates should be quite reliable.

Well, I report what we get for the most established consoles in the following table. As you can, see in most cases, consoles are sold at a loss. As I said, the phenomenon is not new (see "Why Nintendo is losing money on each Wii U launch unit"), but what strikes is its persistence over the years, with prices slashed as soon as costs fall down thanks to the economies of scale.

The obvious conclusion is that hardware is not a profitable product for those companies. But, as in all lock-in phenomena, they are going to get their profits from the games sold for their proprietary platforms. Since the average consumer bought 3 games with their PS4 (see here), with prices for games on disc starting from 49.99€, some room for profit margins exists.